What's been going on in the world of Red Noses?

So much. An exclusive t-shirt. A crazy, exciting sweepstakes. And, as always, a nation full of incredible supporters going Nose to Nose across America to help end child poverty. So without further ado, let’s get to the highlights.

We launched our poshest collaboration ever.

What you really, really want is this exclusive Red Nose Day t-shirt designed by @victoriabeckham, featuring the Spice Girls! All proceeds go to Red Nose Day. Swipe to see the tee from all sides, and go to omaze.com/spice to buy yours and make a difference. #victoriabeckham

The fashion moment was covered in W Magazine, Harpers Bazaar, and Marie Claire, and by in-the-nose Tweeters.

The best part? It’s not too late to buy yours. Go to Omaze.com/Spice to support Red Nose Day in the most stylish way possible.

In case it appeals - you could picnic with me & tour Notting Hill with Richard Curtis—all to support Red Nose Day USA @rednosedayusa.
For your chance, GO: https://t.co/6KbcXQ9A4Z

Speaking of things that appeal to us, how about a picnic with the one-and-only Hugh Grant? That's right, we've teamed up with Omaze yet again to offer an incredible Notting Hill-themed prize, all to benefit Red Nose Day. The winner will be flown to London where they'll be put up at the Ritz Hotel, visit the sites of Notting Hill with writer Richard Curtis, have a picnic with Hugh Grant. We're in love with this one, and all you need to do is donate to enter here.

Donate to win an unforgettable experience with the cast of Mamma Mia! Here We Go Again.

We've partnered with @omazeworld to offer you the chance to go to the premiere of Mamma Mia! Here We Go Again. Donations support #RedNoseDay and @bestfriendsanimalsociety - just click the link in bio or go to omaze.com/mammamia to enter. #mammamia #amandaseyfried #lilyjames

A huge sweepstakes dropped last week. We know you’re planning to donate to Red Nose Day, (as Amanda Seyfried’s Mean Girls character would say, we have a fifth sense) so why not enter to win a trip to the premiere of the much-anticipated sequel to Mamma Mia in London? You’ll walk the red carpet and share a toast with the stars. ? Take a chance ?on this sweepstakes and enter now.

Don't you wish you were on this Red Nose Day field trip?

Happy Fri-Yay! The @Walgreens team on Wall Street in #NewYorkCity has their #NosesOn and they're ready for the weekend. ? pic.twitter.com/j4iQ0IB5Fe

In this *completely unplanned* photo op, we stumbled across a group of incredible Walgreens employees out on a jaunt around the Financial District in NYC. Here they are posing in front of Federal Hall with Noses On. We have the best partner ever in Walgreens, and we can’t thank their employees enough for all the good they do.

Atlanta is number one. 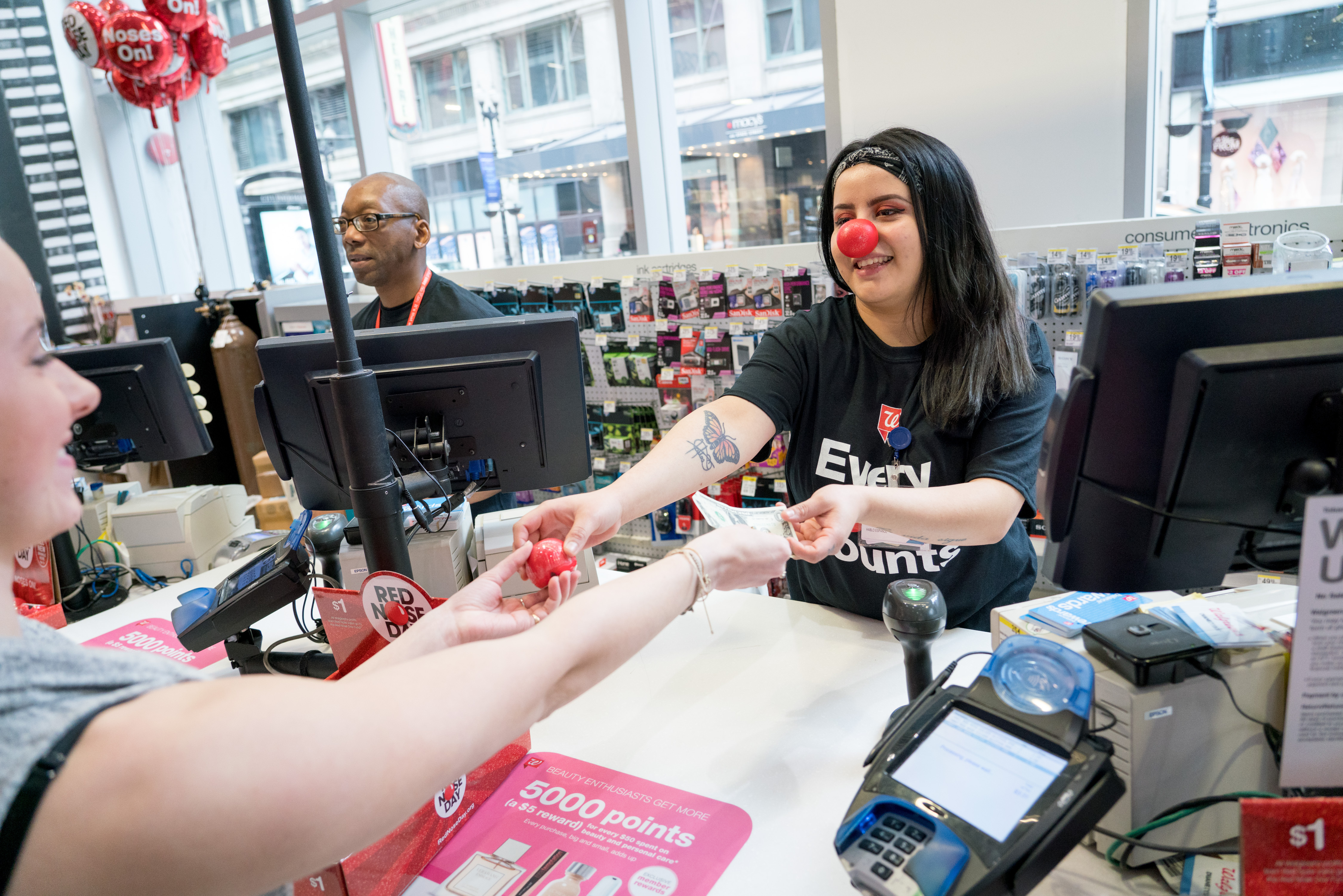 Speaking of Walgreens employees, teams in Atlanta deserve a special shout-out. The city is leading the nation in Red Nose sales! Coming in behind Atlanta are Miami, D.C., Phoenix, LA, and Chicago. See the full rankings here. If you don’t see your city on the list, you know what to do.

We have a Red Nose situation over here.

The police force in St. Cloud, Florida struck a serious Red Nose pose with the local Walgreens team. Roger that.

These students are ready for Red Nose Day!

Working hard to not only help the community but the world! @rednosedayusa @walgreens

A post shared by Erhs Multicultural Club (@multiculturalcluberhs) on Apr 20, 2018 at 7:35am PDT

We love this sign created by the Multicultural Club at East River High School, and their caption is on point. When you donate to Red Nose Day, you’re helping to end child poverty in America and around the world. They deserve an A+ in our book!

And last but not least, Boy Scout Troop 455 in Johnsburg, IL, have their Noses On and are ready to make a difference for kids in need.

The countdown continues! As of this writing, Red Nose Day is only 28 days away. So join the fun by heading to Walgreens to pick up your Red Nose, and be sure to tag your photos #GoNosetoNose and #RedNoseDay. And who nose? Maybe next week we’ll feature you in our roundup.