And we’re not the only ones returning in 2019. Our amazing partners NBCUniversal, Walgreens, Mars Wrigley Confectionery, and The Bill & Melinda Gates Foundation have all returned for another year to help end child poverty – both here in the U.S. and around the world.

While many details for 2019 are still under wraps, there are already some amazing things in store from our partners as Red Nose Day celebrates its fifth year:

NBCUniversal will continue to light up the night on Thursday May 23 with a three-hour block of primetime programming celebrating Red Nose Day. Expect a rollercoaster of laughs, tears, and all your favorite celebrities raising awareness and funds to end child poverty.

Once again Walgreens will return as a national partner and exclusive retailer of the iconic Red Nose. Walgreens has sold over 40 million Red Noses since 2015, and customers can grab a Red Nose at more than 9,000 stores nationwide starting in April. We can’t wait to get our #NosesOn (and see what’s in store for the Red Nose in 2019). 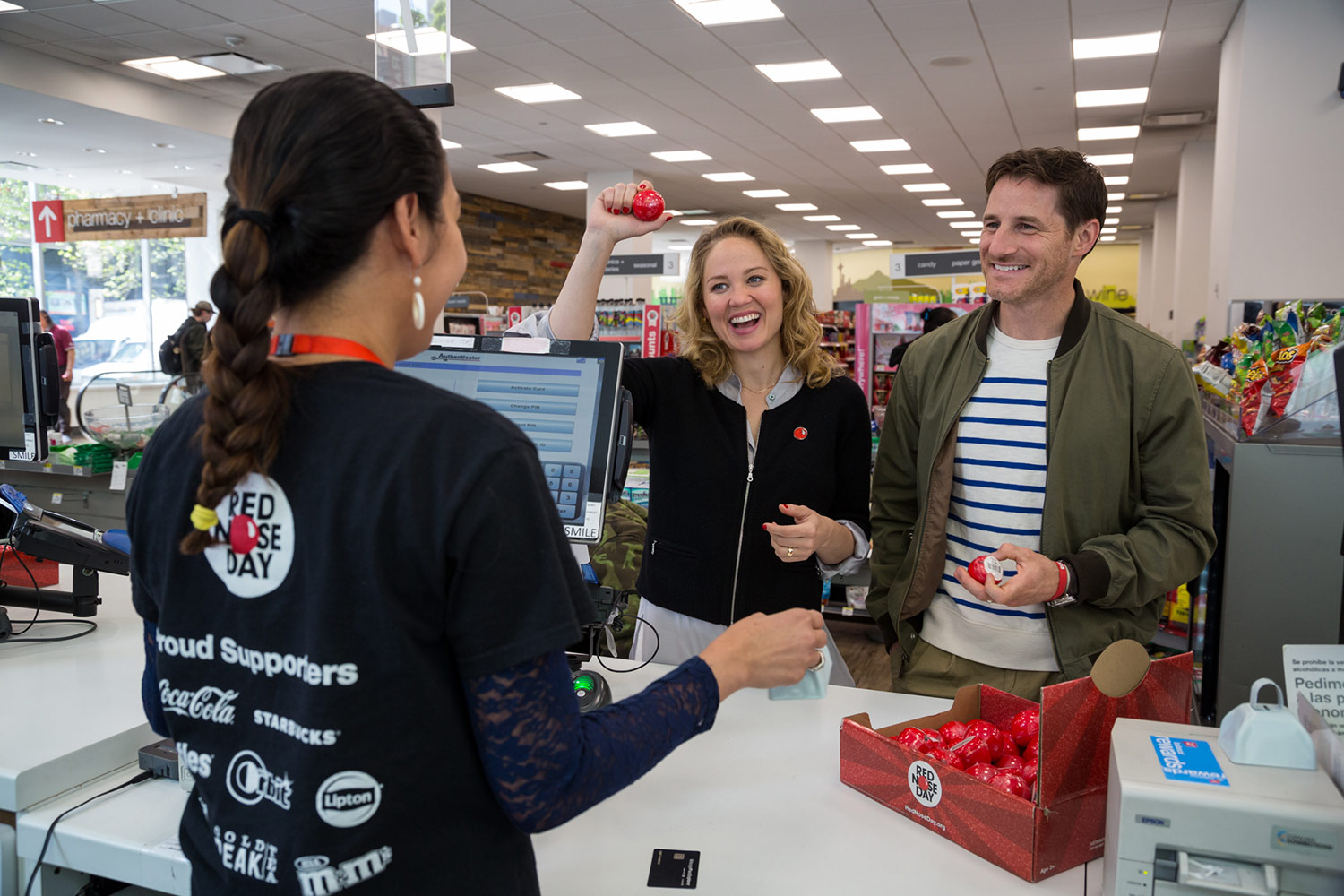 For the fifth year, M&M’S, a Mars Wrigley Confectionery brand, will continue as a Red Nose Day national partner, contributing $1 million in funding and supporting the effort through a range of events, integrations, and fundraising.

M&Ms believes in the power of laughter to change lives, which is why they helped teens from the west side of Chicago reach Second City, one of the best comedy stages in the country. Take a look:

And last but not least: longtime Red Nose Day supporter The Bill & Melinda Gates Foundation will continue as a key funding and programming partner. Woohoo!

We continue to be amazed by the incredible support of our partners and by the support of the American public. Since 2015, we've raised nearly $150M to help over 16 million children in the U.S. and around the world.

We’ll have more to share soon, so be sure to sign up below to be the first to know what 2019 will bring for Red Nose Day.